To enter, each participant submitted a video or power point to show classmates how they carried out their work. Students were graded on the clarity of their questions, hypothesis, procedure, and method, and the ability to follow their procedure and recreate the experiment with similar results. Students were also rated on their originality, presentation, and the simplicity of their project.

Mrs. Blind, the elementary teacher in charge of the science fair, said, "The projects were very original and the science fair was a blast to host because it was a lot different than science fairs you would typically see in brick and mortar settings. You could tell that the students really got into the projects."

First, second, and third place science fair experiments received special recognition, and everyone who took part in the science fair received an award for participation.

First Place
Milani E.
4th grade
The Potato Battery
Milani won first place with her experiment which looked at how to create a battery using potatoes. 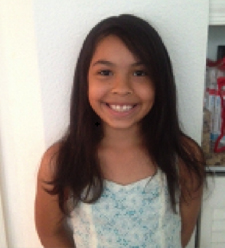 Second Place
Lorien K.
4th grade
What Types of Crayons Melt the Quickest?
In her experiment, Lorien looked at four different crayon manufacturers to see which crayon melted the fastest. She concluded that you get what you pay for. 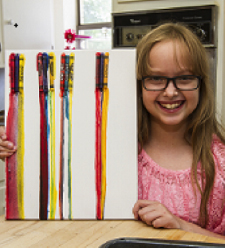 Third Place
Nathan H.
5th grade
The Natural Fly Catcher
Nathan tested to see if the location of a sugar solution attracted more flies. He discovered the important role that keeping a clean house plays in keeping insects out of the house.

“We took our son out (of public school) in his Junior year, and he is now doing his senior classes. We are so thankful to God for directing us to AOA. The curriculum is challenging but a much better standard to prepare them for college if they go that direction. AOA is very supportive.”