For the Kotsenburg family, snowboarding is part of daily life. Throughout the year they travel all over the world so that Sage and Kirra can train and compete. Kirra is a student-athlete in her senior year at Alpha Omega Academy. Sage graduated from AOA in 2011. 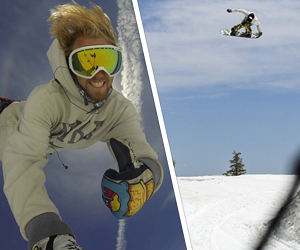 Both Kirra and Sage have some impressive accomplishments. Kirra placed 12th in the Burton U.S. Open 2012 Women's Open Division Slopestyle when she was just 15 years old. Sage was the first person to ever land a cab double cork 1440 in competition in 2011. In the upcoming season, Sage hopes to represent the U.S.A. on the slopestyle team at the Olympic Games in 2014. Kirra's short term goal is to qualify to compete in the Olympic qualifiers this winter.

Their favorite event to compete in is snowboard slopestyle. In this event, competitors go through a course where the goal is to complete a variety of difficult tricks while getting the most air. Slopestyle is making its Olympic debut in both skiing and snowboarding at the 2014 Winter Olympics in Sochi, Russia.

Alpha Omega Academy has been a big part of the Kotsenburg family life. Both Kirra and Sage love the flexibility that AOA offers. Sage explained, "I see AOA as a springboard to my education. AOA allowed me the opportunities to enjoy life experiences that a traditional classroom could never give me." 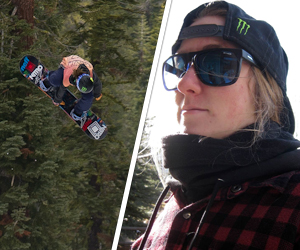 They also emphasize the value of receiving a Christian education. "It (AOA) has given me the necessary foundations of a Bible-based curriculum without stunting my desires to chase my dreams in the world of professional snowboarding," Kirra said.

Kirra and Sage are just two of the many examples of how students across the United States and the world are able to receive a Christian education through Alpha Omega Academy that fits their schedule and academic needs.

“Through AOA my daughter gets a Bible-based education from an accredited academy. We now have the assurance of Christian studies supported by professional teachers. It’s like a whole team is behind her encouraging her success.”