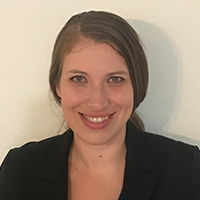 With experience in a blended model school, Megan Cottam transitioned to teaching exclusively online in 2015 when she moved from the West Coast to the East Coast.

Cottam holds a bachelor’s degree in history from the University of California, Irvine, and a master of education degree with credentials in English and social sciences from National University. In her position as an English teacher at Alpha Omega Academy, Cottam teaches 7th, 8th, 9th grade, and 11th grade English, as well as Teaching and Training Careers.

“My favorite thing about working at AOA is the people,” Cottam said. “The students and their families, as well as the staff, are all so caring, and it is just a pleasure to work with them.”

Born and raised in San Diego, California, Cottam spent her youth dancing, traveling, and playing the flute and French horn. She returned to San Diego after college and taught 7th and 8th grade language arts for several years. Cottam moved to the Washington D.C. area for a few years, but she is now back in Southern California.

Today Cottam’s favorite hobby is traveling. Her interest in traveling and new cultures began at a young age, and she has a long list of countries on her to-visit list. Cottam’s favorite book is Little Women by Louisa May Alcott, and her favorite food is pasta. Cottam also enjoys playing with her two daughters and her dog, Lola Jean.

"Alpha Omega Academy phenomenally prepared me for college by providing challenging lessons and a Christian worldview. I wrote detailed essays early on in high school that covered every aspect of creative thinking and the research process which strongly helped me achieve good grades in college. The C ...more