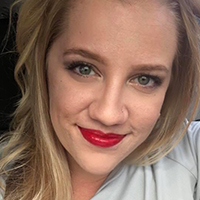 Amy McConnell is a part-time science teacher at Alpha Omega Academy. Her responsibilities include teaching students and helping students learn through constructive and concise feedback. Her favorite part of teaching is helping students find their “aha” moment.

“When they have been struggling to understand a concept and something just clicks for them and they light up, it makes all of my hard work worth it,” McConnell exclaimed.

A New Mexico native, McConnell holds a bachelor’s of science degree in emergency medicine with a minor in education from the University of New Mexico. Through her bachelor’s program, she became a nationally registered EMT paramedic. She also earned a master’s degree from Eastern New Mexico University in secondary education with an emphasis in science education.

A mother of two kids, McConnell and her husband have two children named Kassidy and Parker. Self-described as loyal, loving, and nurturing, she loves coffee mugs from her travels and all things Disney. She also enjoys dancing. She danced for the New Mexico Ballet Company in the pre-professional and professional programs and danced for the competitive dance team for the University of New Mexico. Today, she serves as a committee co-chair for a ballet and jazz company where her daughter dances.

Her favorite Bible verse is Esther 4:14: “For if you remain silent at this time, relief and deliverance for the Jews will arise from another place, but you and your father’s family will perish. And who knows but that you have come to your royal position for such a time as this?”

“Esther didn’t have to go to the king on behalf of the Jews or expose herself as being one. She knew there was a strong possibility she would be killed for it, but she still chose to,” McConnell said. “I think Ester 4:14 is a reminder to us to be strong and courageous when situations are difficult because we have a foundation built on Christ.”

"Thanks Alpha Omega Academy for all the work that was done in getting my daughter Sierra ready for university! I can't believe that she almost tested out of some of her classes. Thank you for being there. Thanks to the staff that worked with her. It really paid off for us. Now my son is coming throu ...more