The September 2019 student of the month is Hanna Song, a senior who has attended Alpha Omega Academy for 7 years while living in other countries. While her home address has changed numerous times, AOA has provided at least one constant in her life. Over the years, she has impressed her teachers with her positive attitude and effort.

“She is eager to learn and do things she is not used to doing,” wrote Mrs. Marianne Cole, who nominated Hanna for the first monthly award of AOA’s 2019-2020 school year. 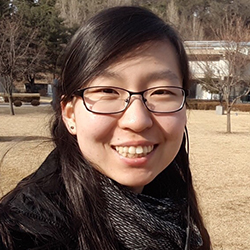 My AOA Story
I have been a student at Alpha Omega Academy since April of 2012. That is a few months more than seven years. As my family left Pakistan, we had to find a way to continue our education. Knowing we would be moving around a lot, my father took the advice of a friend and enrolled us at AOA.

World Travels
I’ve been to 21 countries, moved over 30 times in my life, and I know three languages. I’m living in Germany at the moment, though I was living in Korea two years ago. Getting used to the new country took a while, but my favorite part about living in Germany is all the green. It is the greenest country I have lived in thus far.

Why I Love AOA
I did not appreciate this enough when I had the time, but I love how flexible online learning is. It allows you to set your own priorities, and though I know that my education is a big responsibility, I don’t feel tied down to it.

I’ve been studying at AOA most of my school life, so there wasn’t much that surprised me about online learning until I experienced a “real” German school. It is so easy to see that the Word of God is at the center of AOA, and after a few months of studying outside, going back to AOA moved me a lot. I appreciate this school so much for all that I have learned from it.

My Favorite Subject
I can handle math and science up to a point, but Language Arts and English are my favorite subjects. I love reading and expressing my thoughts and knowledge into words. I feel that it is a beautiful and strange thing to be able to put formless thoughts into words, so they may be understood by others.

My Family
I have two sisters. Irang is 17, and Esther is 11. We’re all rather musical, so sometimes we just like to jam together randomly. Esther and I are goofballs who like to annoy others and each other.

My Hobbies
I spend my free time doing a number of different things. I enjoy reading and writing, but I also dabbled in bookbinding, fountain pens, and coin-collecting. When I feel musical, I like to play the guitar, ocarina, and recorder.

My Goals
I want to study or learn more about literature, particularly British literature. There’s something about British literature that has always fascinated me. There is also a story I’ve been working on for a while that I feel God wants me to write. I haven’t figured out everything yet, but I feel like it will be important. More than anything though, I want to be a good and godly mother.

My Words of Wisdom
Don’t be afraid to ask questions. The teachers at AOA are all very nice and more than willing to help you with any problems you have. Also, don’t dawdle around, ignoring a project until the last minute. If you can, attend whiteboard hours and the virtual classes. I haven’t been able to attend much myself due to time differences, but the few I have attended were always worthwhile.

"Alpha Omega Academy provided me with an academic foundation that prepared me for college. It was easy to learn from their curriculum's multimedia format and balanced structure between content presentation and review. The online approach to learning also helped me strengthen my self-discipline, a tr ...more