The January 2019 student of the month is Noah Payne, an inspiring senior from Yellowstone Country in Montana, who is overcoming kidney issues while embracing online learning and excelling as an “A student” at Alpha Omega Academy.

“Noah is a true profile in courage,” wrote Mrs. Mary Ellen Quint, who nominated Noah to be the year’s first recipient of AOA’s student of the month honor. “Despite serious health issues, he never complains and remains conscientious about completing his work even when he’s not feeling up to it.” 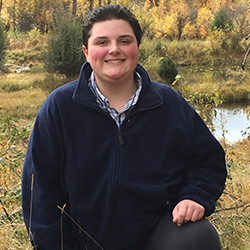 My AOA Story
I have been a student at Alpha Omega Academy since my freshman year in high school. I learned about AOA by searching for a homeschooling program that would work for me and my personal needs. I originally started going to a local private Christian school from kindergarten to 2nd grade until I transferred over to public school from the 3rd grade to the 6th grade. I began to experiment with different homeschool programs when I was in 7th and 8th grade, but they were not the right fit for me. It wasn’t until I found AOA that I truly felt I found the perfect match.

Why I Love AOA
My favorite part of distance learning is that I am able to have the total freedom and flexibility to work anytime and anywhere. I feel that with online learning, I am better able to create long-lasting relationships and memories with my family, which are both very important to me.

My Favorite Subject
My favorite subject is Family and Consumer Science because I love to cook, entertain, and craft.

My Family
I have two siblings, including a younger brother and a big sister in heaven. My brother Nash also attends AOA and is a sophomore. We love to play games together, and we enjoy helping each other cook and craft. My brother is my best friend in the whole world, and I wouldn’t change it for anything. My older sister Sierra passed away the same year I was born from Acute Lymphoblastic Leukemia when she was just three months old. My family and I are comforted knowing that she is safe in the arms of Jesus and that we will see her again someday.

My Hobbies
I have been playing the guitar since I was 6 years old, and I am now 18. My dad began teaching me, but I took off playing on my own, and I was able to learn many things by playing by ear. I like to spend my free time playing my guitar, knitting and crocheting, drawing and painting, and flying planes on my flight simulator. I’m also an avid watch collector.

My Medical Story
I currently suffer from many medical issues with my kidney, and it is not easy to tell on the outside what is going on in the inside.

When I was 10 years old, I developed a disease called Henoch-Schonlein Purpura (HSP) caused by an untreated strep infection. I began to swell and my blood vessels burst, causing me much pain and causing my kidneys to bleed. After eight years of ongoing back pain, I was recently diagnosed with a Ureteropelvic junction obstruction in my left kidney that caused my kidney to painfully swell up and act like a second bladder.

Over the past six months, I have undergone three surgeries, one in my home state of Montana and two in Salt Lake City, Utah. In November of 2018, I underwent an eight-hour robotic pyeloplasty surgery in Salt Lake City to reconstruct the ureter and remove the blockage. Most people who have my condition are born with the obstruction, but in my case, my doctors believe that this was most likely caused by having HSP.

As of this January 2019, my family and I traveled back to Salt Lake City to have the stent removed that was placed during my pyeloplasty surgery to keep the ureter open while it was healing. Unfortunately, several hours after the removal of the stent, I began to have severe kidney pain once again. I was seen in the emergency room and readmitted to the hospital for emergency surgery to replace a new stent to reopen the ureter and to drain my dilated kidney. The placement of the stent is only a temporary fix, and I will need to return to Salt Lake City in the near future to have additional surgeries. If my kidney continues to fail once the final stent is removed, then a nephrectomy or total removal of my left kidney may be necessary.

My Goals
After graduating from high school, I plan on becoming a pilot and hopefully one day opening a cafe. I would like to be a pilot because there is always something new to see and there is a big world out there to explore.

My Words of Wisdom
If I could offer some advice to fellow AOA classmates, it would be to try your very best in everything you do and always be a hard worker, even when things get rough.

"My oldest daughter was placed a grade level above where she was previously (in a private Christian school), and she is doing well. She can learn at her own pace, and that's what's important."—Dari J.